The wealthy should pay for climate finance – starting with air travel 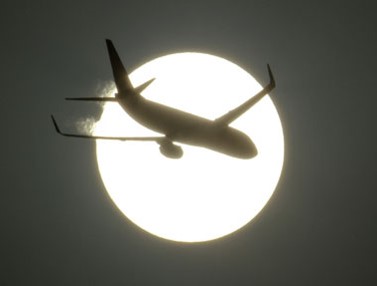 Pledges to low-income countries don’t come close to the €150bn a year that’s needed for climate finance. A great many ad-hoc pledges have been made in the run-up to the Paris climate conference. While a number of different funds have been created, there is still no long-term revenue-raising mechanism to finance low-income countries to transition their energy systems and adapt over the medium and long term.

Starting with air travel, a new proposal levies high-emission goods and services most used by the rich. Green Budget Europe, an expert platform that works to bring tax and spending into line with environmental goals, endorses a levy averaging €20 per economy flight and €180 for each business class flight.

The proposal was first outlined in a paper [1] by economists Thomas Piketty and Lucas Chancel in a paper from the Paris School of Economics published in November. Director of Green Budget Europe, James Nix said:

“Very little attention has been focussed on practical ways to secure the €150bn a year lower-income countries need to adapt to climate change and transition their energy systems. We know that very few of the world’s poor take flights. Levying all flights will create a sustainable long-term fund for climate finance, providing an investment source which does not rely on ad-hoc year-to-year pledges”.

The analysis by Chancel and Piketty proposes that “individuals with similar levels of climate emissions should contribute to reduction efforts in the same way regardless of where they live”.

Globally the top richest 10% of carbon emitters account for 45% of global emissions.

One third of this top 10% now live in emerging countries.

The bottom 50% only make up 13% of global emissions. As Chancel and Piketty put it, this new geography of emissions calls for global climate action.

Green Budget Europe promotes the use of Environmental Fiscal Reform (EFR) in order to bring tax and spending into line with environmental goals. By means of green taxes, reform of harmful subsidies, and similar measures, we work to increase the price of pollution and correct market distortions.

COP21: Aviation and shipping a climate law unto themselves https://t.co/RyEvdQr9br