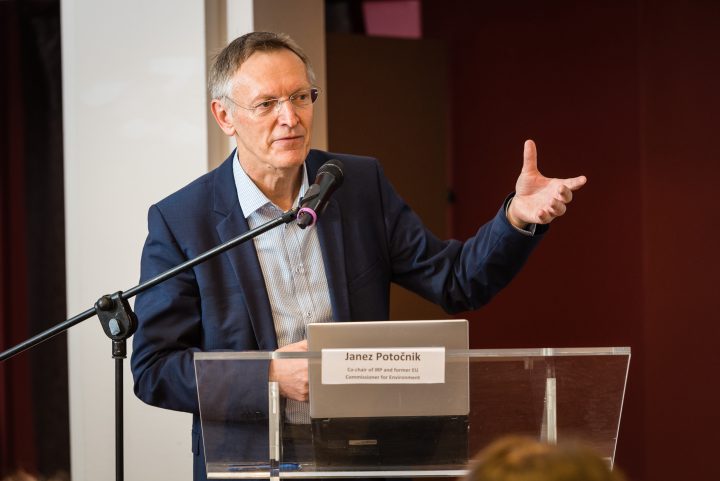 Representatives of the civil society, the European Commission and the European Parliament discussed fundamental issues related to sustainable development at a conference organised by Green Budget Europe, the People’s Budget campaign, CEEweb for Biodiversity and the Green Cities network on Tuesday 15 May. Special emphasis was on sustainability mainstreaming of the future EU budget as also called for in an open letter signed by 44 European and national organisations and also joined by participants on the spot.

High-level speakers, such as Vice-President Jyrki Katainen from the European Commission, former Commissioner Janez Potocnik, MEPs Anneli Jäätteenmäki (ALDE) and Petri Sarvamaa (EPP), among others, touched upon issues like sustainable finances, transition to a low-carbon and circular economy and the future EU budget.

Speaking on behalf of the European Commission, Vice-President Jyrki Katainen stated that circular economy will be one of the mega trends in the future. “Many market players are prepared to take the necessary decisions if the direction is clear. However, the EU cannot deliver a long-lasting change alone. As finance is globally connected, we will need global measures.”

According to Mr Potocnik, who is currently Co-Chair of the International Resource Panel (IRP), “SDGs are a commitment that we want to deliver by 2030. The next financial perspective of the EU are the seven years which will be crucial for the delivery of the SDGs. If we miss this opportunity, then there will be no other opportunities”.

“We are not on track in implementing the Paris climate agreement. According to UNEP estimates, current pledges made by the international community will lead to an increase of 3,4 degrees Celsius by the end of this century. The European Union must take the lead and make sure that all future activities financed under the EU budget are climate and sustainability proof,” stated Eero Yrjö-Koskinen, Executive director of Green Budget Europe.

“Sustainable development is an EU objective, and all EU policies and funding decisions must reflect this. Designing a sustainable budget is not a quantitative, but rather a qualitative question, where no money should be wasted on contradictory objectives, like supporting fossil fuel investments and fighting climate change at the same time, as it is the case today”, said Klára Hajdu, Co-leader of the People’s Budget campaign from CEEweb for Biodiversity.

Video of the conference

Photos of the conference 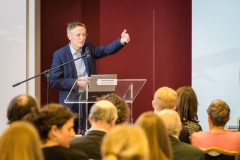 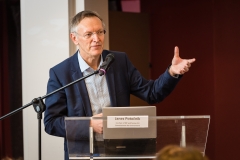 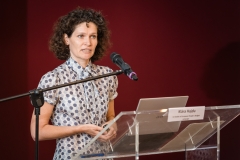 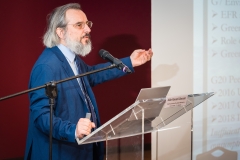 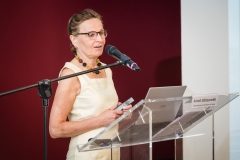 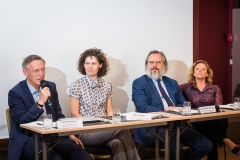 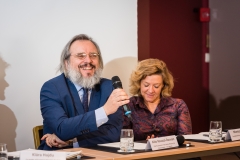 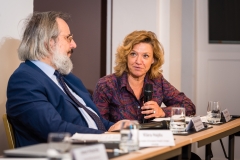 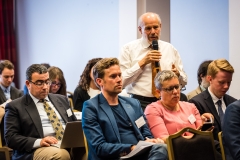 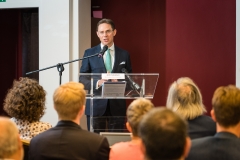 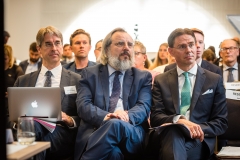 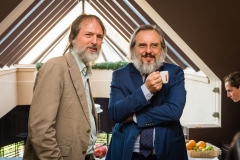 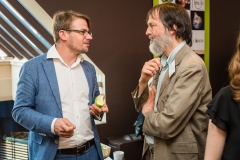 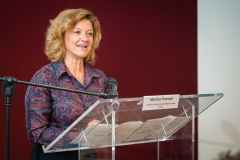 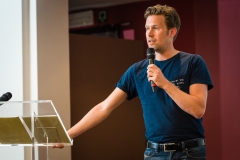 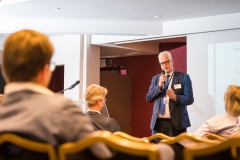 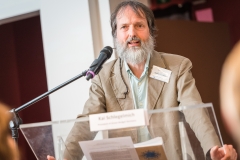 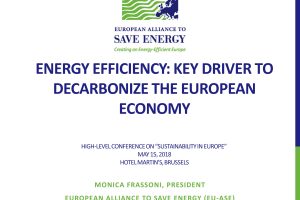 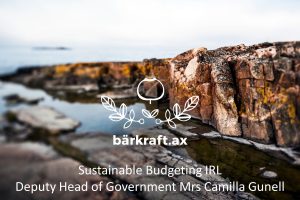 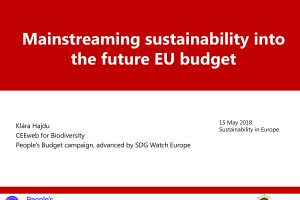 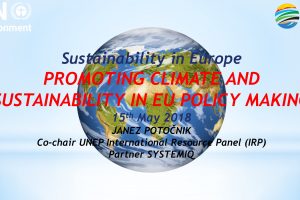 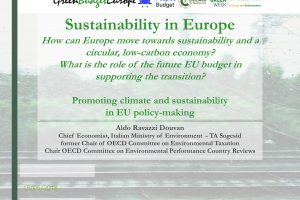 The public statement calling for the integration of sustainability pledges in the future EU budget is available here. If you want to sign the statement you can follow this link.

CEEweb for Biodiversity is a network of non-governmental organizations in the Central and Eastern European region working for 20 years in 20 countries working for the conservation of biodiversity through the promotion of sustainable development.

Communicating Green Own Resources: A New Narrative for the EU Budget