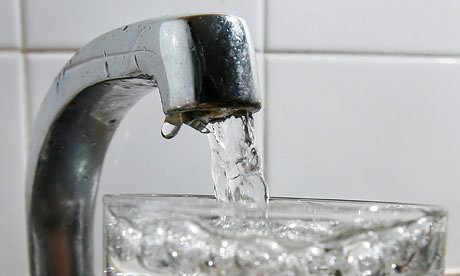 As debate grows over how to protect and manage water services in Ireland, GBE highlights the need for a fair pricing structure that reduces waste and supports households equitably.

An expert commission tasked with determining the best approach to fund domestic public water services in Ireland is shortly expected to outline its conclusions.

The protection, management and maintenance of water services has been a key point of political debate in Ireland. In 2014 a Fine Gael-Labour government introduced water charges following five years of negotiations. The system entailed the allocation of a free basic allowance, with fixed rate applied after this, reduced for single-person households.

An alternative fiscal approach in this sense was put forward in 2013 by TASC, [1] a leading think tank in Ireland. TASC argues that flat rates and free allowances should be replaced with a spectrum of rates which vary according to the water usage of each household. The implementation costs of meters in each household should be covered by the government as part of its capital investment plan, the researchers argued.

Water charges should be split into block tariffs with high marginal rates in the upper blocks, TASC propose, so that water usage becomes progressively more expensive per unit consumed. The purpose of increasing block tariffs is to reduce the wasteful use of water without penalising the use of water for essential day-to-day purposes.

Such a scheme would drop free water allowances, which are not free to provide, TASC noted. They would result in heavy revenue losses, fail to change consumer behaviour, and do not offer adequate support to low-income households. Income-related support is already in place in 30 out of 35 OECD countries, and it is in line with the “polluter pays” principle recommended by several international organisations including the International Monetary Fund (IMF) and the Organisation for Economic Co-operation and Development (OECD).

The case for a socially equitable charging scheme for water in Ireland is strong if we look at the challenges faced regarding water management. Figures from Eurostat released in November 2015 suggest the average person in Ireland accounts for 400 litres of water use a day (146,000 litres a year), some five times higher than in Belgium. In the Czech Republic, household water consumption fell by 40 per cent in the 12 years following reforms in 1990. Denmark, which extended volume-based charging in 1993, is similar.

Furthermore, funds are needed to ensure the water in Irish households meets basic quality and safety standards. In 2013, there were 704 reported cases of verotoxigenic E.coli, a harmful bacteria. Some 5 to 8 per cent of those affected suffered serious kidney complications. One in 20 of those died. Water-borne E.coli in Ireland is 50 – 60 per cent higher than the next-worst EU states.

FitzGerald and Morgenroth (2012) estimate that the Irish water utility would require a total revenue of €1 billion a year. Excluding revenue coming from water charges on businesses, €650 million is needed annually. Household charges will not be able to deliver all the funds needed. However, fair household water charges can bring savings to the volumes that need to be provided and part-fund the high level of investment Ireland needs.