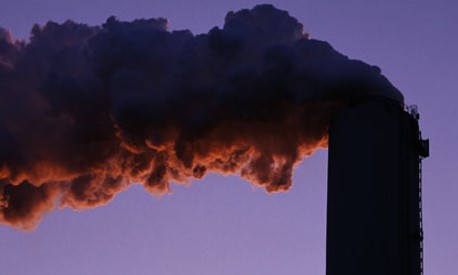 No real progress towards reform in the first half of 2015 according to a new analysis by Green Budget Europe. However, Belgium and France have taken significant steps over the last month

Member States meet in Luxembourg on Monday [26 Oct] to discuss progress on removing environmentally harmful subsidies. However, the common EU process to track and cut subsidies is not being used by any Member State, and overall very few Member States are making progress.

“The reality is that Member States have failed to prepare plans and timetables to phase out their environmentally harmful subsidies, and share them with fellow EU governments and the public, despite being obliged to do so since 2013”, according to James Nix, Director of Green Budget Europe.

The obligation on national governments is clear, stating that:

Member States should identify the most significant environmentally harmful subsidies pursuant to established methodologies (by 2012), and

Prepare plans and timetables to phase out environmentally harmful subsidies and report on these as part of their [annual] National Reform Programmes (by 2012 / 2013). [1]

“A handful of Member States give some patchy information in their annual reform plans each April”, notes James Nix of Green Budget Europe, “but no Member State comes close to meeting the commitment”.

“It is hard to accept that such a critical commitment has been so roundly ignored to date”, said Nix, “but the months surrounding the Paris climate conference give governments a chance for a new departure. Member States can adopt a transparent and collaborative approach to phasing-out harmful subsidies as set out under the European Semester governance process. Public support for reform has been growing steadily and governments now have a strong backing to phase-out harmful subsidies.”

“We have to move beyond rhetoric and the key question now is delivery: how many Governments will publish details of their harmful subsidies, together with time-bound plans to phase them out when the next cycle of national reform plans is completed in April 2016?”

“Transparency, consultation and communication” are the key ingredients to successfully reform harmful subsidies, according to a background paper prepared for the meeting of EU Environment ministers on Monday [26 October].

An environmentally harmful subsidy lowers the price of a product or service below its true economic cost. Governments typically do this by using taxpayer funds to cut the cost of production, consumer prices, by under-taxation, or by a combination of these measures. Unless they are phased out, harmful subsidies will undermine Europe’s transition to a resource-efficient economy, hindering investment in renewable energy, for example. Removing subsidies for fossil fuels helps level the playing field with cleaner energy sources.

Belgium and France are taking positive steps, according to GBE. Belgium will equalise taxes on transport fuels, raising its diesel tax by 4c in 2016, another 4c in 2017 and 6c in 2018. This will better account for the health and environmental damage of diesel fuel, according to GBE. France also plans to close its 17.5 cent gap between diesel and petrol tax over the next 5 years.

In 2015 the IMF found that the global elimination of post-tax subsidies could cut global CO2 emissions by more than 20%. Removing harmful subsidies relating to water and land use will boost the quality of drinking water and bathing water, as well as improving the health of our soils and oceans.

Based on Member States’ 2015 National Reform Programmes (submitted as part of the annual Semester governance process), GBE has compiled the table below. Progress is ranked 1 – 4, with 1 indicating full compliance and 4, no action is evident within the NRP. The use of “x” in the table indicates that discussion of the issue is absent while “m” signifies that the issue is mentioned:

4 – No action evident within the NRP

3 – Initial progress (e.g. initial pledge or other indication of moving in the right direction)

2 – Significant progress (e.g. detailed pledge or pledges regarding a specific sector or sectors) within the NRP or subsequently

Progress towards the phase-out of Environmental Harmful Subsidies (EHS)

[1] From 2013 onward the phase-out plan for harmful subsidies should be updated annually by Member States in their National Reform Programmes (NRPs). NRPs are sent each April to the European Commission as part of the EU’s annual governance cycle known as the European Semester. For details of the text extracted above see the Roadmap to a Resource-efficient Europe, COM (2011) 571:

[2] Fossil fuel subsidies are projected at €4.77 trillion in 2015, or 6.5 percent of global GDP, according to a 2015 IMF study. Country-level estimates are available at the following link: