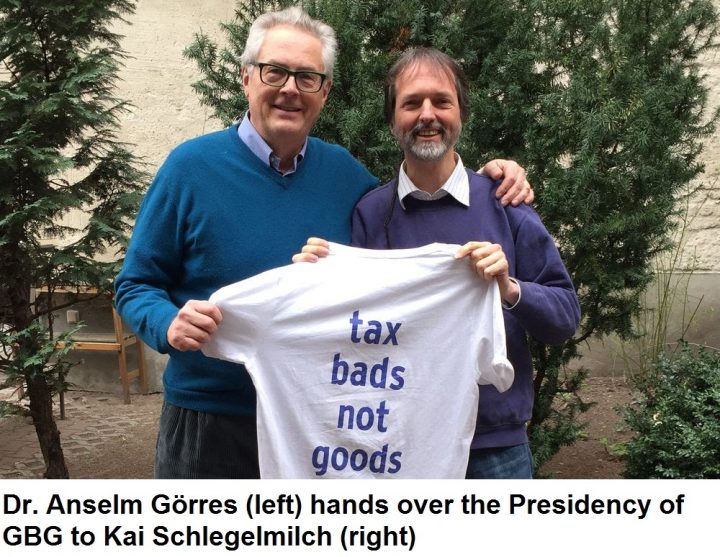 Kai Schlegelmilch was unanimously elected as new president of Green Budget Germany during the organisation’s annual general assembly. The 51 year old economist is going to replace Dr. Anselm Görres who was appointed honorable chairman by the members, after serving as president since 2000. Prof. Dr. Felix Ekardt (vice-president) has joined the board. Dr. Tobias Ernst (vice-president) has been confirmed in the board alongside the board members Dr. Botho Kickhöfer, Helen Lückge and Bettina Meyer.

Kai Schlegelmilch is also the Founder of Green Budget Europe, and Vice Chair of its Advisory Committee. After his diploma in political economics in 1993, he worked for the Wuppertal Institute for Climate, Environment and Energy, the European Environment Agency, the Parliamentarian Prof. Ernst Ulrich von Weizsäcker and in the German Parliament. He has been working for the Federal Ministry for the Environment Ministry in Germany since 1999. Kai has extensive experience in environmental fiscal reform (EFR) and  other energy and climate policies, having contributed to the German EU Presidency in 2007 as well as advised and trained several Asian Governments on EFR while leading numerous European projects on developing countries.

The GBE team wishes him all the best in his new role.