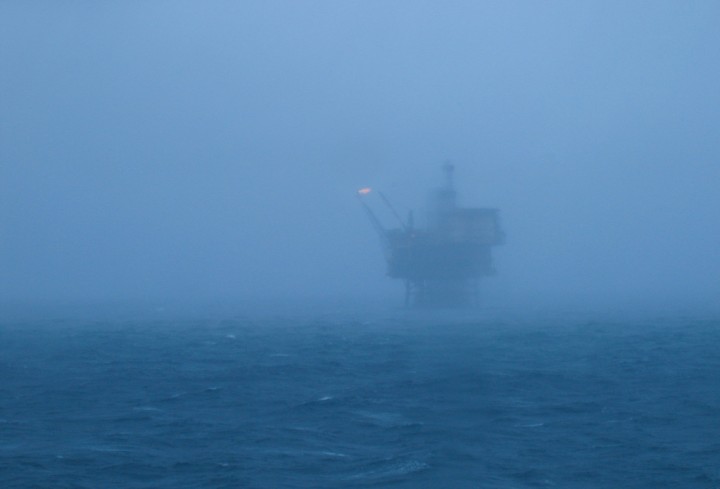 The G7 leaders’ meeting in Germany agreed on Monday to “decarbonise the global economy in the course of this century”.

For Germany, the US and the UK, the commitment follows on from their existing pledges to cut emissions 70 – 95% by mid-century.

But for Canada and Japan, the G7 statement signals significant change. For the last decade or more, both countries had indicated little willingness to take meaningful climate action. For them, the G7 statement represents something of a U-turn.

It concerns fossil fuel subsidies, which reduce the final costs of buying coal, oil and gas. Governments typically do this by using taxpayer funds to lower the final market price of energy or to the reduce costs of production, or both.

In February member states signed up to “biennial reports on energy prices, with an in-depth analysis of the role of taxes, levies and subsidies, in order to create more transparency on energy costs and prices”.

But the subsidies element has since been dropped. Governments are now just committed to “greater transparency in the composition of energy costs and prices by means of appropriate monitoring”.

And while European countries do recognise “the importance of the long-term benefits and costs of decarbonisation”, member states have been given a get-out clause.

New wording allows them to ditch the decarbonisation objective simply by citing goals on industrial competitiveness, economic growth or jobs.

Why is the EU slipping backwards?

The root cause is a sharp split between member states. Europe’s wealthier countries – chiefly Denmark and Germany – want to see the EU transition to a low-carbon energy mix without delay.

However, member states less advanced along the transition path, such as Poland and Czech Republic, are putting the brakes on.

But all eleven draft recommendations were dropped from the final text issued by the Commission itself.

When asked why subsidy recommendations were excluded, the Commission said the issue would be taken up under the Energy Union, a commitment since revealed as hollow.

As the tension between governments increased, EU energy commissioner Maros Sefcovic felt obliged to quietly water down sustainability, and with it the ambition to tackle fossil fuel subsidies.

EU-wide, direct fossil fuel subsidies amount to more than $100 billion. However, direct costs exclude the healthcare fallout caused by the emissions released in burning fossil fuels together with the destabilising effect on climate.

In 2013, the IMF released country-by-country data based on 2011 figures for direct subsidies. Next month, the IMF will publish country-specific information which will factor in healthcare and climate costs.

This data is sufficient to give pause for thought.

In 2011, Germany spent $22 billion on fossil fuel subsidies. The UK and Poland each spent $11 billion, Italy spent $7 billion, Spain $6 bn, and France $5 bn. And it isn’t just the big six member states. Luxembourg, with a population of 550,000, spent some $2.2 billion. Averaged per person, each and every citizen of Luxembourg spends $4,000 a year subsidising fossil fuels.

By and large, however, higher-income member states want to transition out of fossil fuels. Led by Denmark, Sweden and Germany, a growing cohort of states is joining in the move to renewables, including Austria, the Netherlands and France. As the transition gathers greater momentum, these countries become home to increasing numbers of entrepreneurs, firms and employees profiting from the green economy. And with that, the relative influence of the fossil fuel industry declines.

This is somewhat different, however, in member states with regions where fossil fuel extraction remains a dominant employer. The Silesia region – partly in Poland, partly in the Czech Republic – has more working coal miners than the rest of the European Union combined.

The coal mines of Andalucia, southern Spain, are nearly exhausted but still retain 5,000 workers. Ploieşti, the main oil producing region of Romania, is the key source of Bucharest’s antipathy to tackling fossil fuel subsidies. In each case, the opposition is regional but the tail of opposition is so strong it continues to wag the national dog.

This is Commissioner Sefcovic’s challenge.

Can he rally higher-income member states to support the energy transition, starting with coal-producing regions? If he can, Sefcovic might be able to overcome further disunity and get the Energy Union, announced earlier this year, back on track. The Commission will need to collaborate closely with energy ministers to ensure EU-wide acceptance of a new, shared goal, namely that energy transition progresses in every member state without delay.

Such an initiative, if successful, would also straighten out the EU’s backward lurch on fossil fuel subsidies in advance of climate talks in Paris at the end of November – something necessary if Europe is to maintain its leadership position acting in line with the long term interests of citizens.