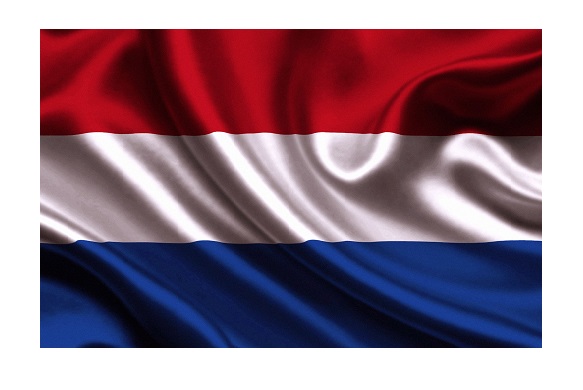 The major overhaul of the Dutch fiscal system as expected to commence since 2013[1], has not made much progress during 2016. The preparations will not start before March 2017 (national elections), although intentions may feature in the election programmes of several political parties.

The 2017 Fiscal Plan makes no reference to any form of continuation of a green tax reform. It may be picked up as soon as a new government is in place, following elections in March 2017.

However, partial changes to environmentally related taxes are proposed. One such modification concerns the tax regime on passenger cars (see next section).

The government also proposes to reduce the energy tax on electricity delivered by public charging stations to plug-in vehicles. The first bracket, presently up to 10.000 kWh and a tax tariff of € 0.10 per kWh will be joined with the second bracket, 10.000 to 50.000 kWh, and be given the second’s bracket lower tariff of € 0.05 per kWh, for the whole range. This should support a further expansion of the public charging infrastructure.

Tax tariffs for the new fiscal year are adapted based on inflation according to the consumer price index. That will imply an increase of 0.3% for 2017.

In its second Car Letter[3] the government adapts the car tax regime in order to line it up with new developments in the car market and relevant policies (see my note as referred to in footnote 1). It will be valid for the period 2017-2020.

Two main goals of the adapted policy are 1) to ensure a constant income for government from car taxation, and 2) to support climate and air quality targets by well-tuned fiscal stimuli. The document also refers to earlier formulated principle goals of tax revision, 1) to make tax income more robust, and 2) to make the tax system simpler.

One major new measure is the reduction of the number of brackets for income tax addition for company car drivers, from 4 to 2 by 2019. EV drivers will see 4% of the catalogue value of their car added to taxable income every year. For all other cars (hence including PHEVs) this will be 22%.

The income tax addition brackets for 2017 are:

The registration tax brackets for 2017 will be further sharpened. Tariffs will be somewhat reduced, overall. Tariffs are lower for PHEVs than for regular cars. To diesel cars, a surcharge applies.

The annual road tax tariffs will be reduced by 2%, overall.

No registration tax, nor annual road tax, is due for EVs.

Generally, the fiscal burden for the car domain as a whole stays unchanged, in the operation lined out in Car Letter II, and set in motion in the 2017 Fiscal Plan.

Furthermore, it is an old intention of the Dutch to make car costs more dependent on use than on ownership, by shifting the fiscal burden for car drivers from fixed to variable costs, i.e. from car registration and annual road taxes to fuel excise taxes and road pricing. This is commonly referred to as “variabilisation”. However, a further increase of gasoline and diesel prices is not feasible, due to border effects (the prices at the Dutch pumps are amongst the highest in Europe), and introducing road pricing has proved to be politically unfeasible since the 1980s.

Back to the Car Letter II policy: the major change is to bring car taxes more in line with some environmental characteristics of car use and car parameters. For example, hybrid company cars will be treated as regular cars, and annual road taxes for diesel cars and vans will increase. All regular and hybrid cars will  fall under the high income tax addition tariff; only exception is a low tariff for EVs (though, as of 2019, up to a catalogue price of € 50,000; the price component beyond that level will be taxed with 22%.)

The overall reduction of the car registration tax reflects the intention to do away completely with this tax, on the longer term. The standard component in the tax will be increased from € 175 to € 350; the CO2 related component will be reduced though efficient (smaller) cars will benefit more as CO2 tax brackets will be further sharpened.

The coal tax will be €14,51 per tonne, not including coal use in power plants.

Phosphate arrangement
In the frame of a derogation of the Nitrate directive, a ceiling to the maximum amount of phosphate production by dairy farming has been set by the EC: 172,9 mln kg per year
In 2015 the total production was 176,3 mln kg, a surplus of 3.4 mln kg. A new policy instrument is planned to support the reduction of phosphate production to the allowed level (and retain the derogation) by issuing phosphate rights.
The allowance of rights to farmers is according to the status of 2 July 2015, the day of the announcement of the arrangement. A reduction will be applied of minimal 4 and maximal 8% in 2017.
In an earlier version of the bill phosphate rights were tradable, whereby a reduction of 10% would be applied to every transaction. A bank would have been established for storing and issuing rights. However, the European Commission rejected this plan due to state aid rules, as rights would have been granted for free.

In order to save the derogation, a new reduction plan was developed. The plan has three elements. 1) Reduction of the amount of mash fed to dairy cows. 2) Reduction of livestock by providing financial aid to farmers who will accelerate terminating their farms. 3) Creation of a financial incentive by a discount on the milk price for volumes in access of a certain threshold, by dairy companies.

Farmers will have to adapt the number of cattle to their rights by 1 January 2018.

Recent news has it that the derogation will be safe for 2017. If lost, the consequences for the Dutch dairy sector would have been substantial.
Ban on free plastic bags
Since 1 January 2016, shops are no longer allowed to provide plastic bags for free. There is no prescribed price. Most shops apply € 0.05 or € 0.10 per bag.
There is no comprehensive evaluation of the scheme yet, but indications show that a price of € 0.10 results in a drop of plastic bag use of 85%; a price of € 0.05 gives a reduction of 60%[4].
About 3 billion plastic bags were provided annually before the ban; this number has been reduced drastically.

In June 2015 a court ruling in the case of Urgenda[5] vs the State concluded that the latter must increase its policy efforts in order to arrive at a 25% reduction of greenhouse gas emissions by 2020 (compared to 1990).

The Dutch State has appealed against this verdict at the Court of Justice in The Hague, and filed its objections in April 2016. The court case is awaited.

In the meantime, two developments may change the picture. First, the government considered investigating the option of closing down two extra coal-fired power plants, on top of five older plants as a consequence of the 2013 Energy Accord (see my note referred to in footnote 1).

Second, a recent evaluation of the Energy Accord[6] revealed a better performance of CO2 reductions than assumed to date. Compared to 1990, a reduction of 23% is foreseen for 2020, instead of the 19% predicted earlier[7].

The government will reconsider its plan to investigate the closing down of two extra coal generation power plants.

[1] See my note on Environmental tax reform: some developments in the Netherlands and the 2016 Fiscal Plan (21 March 2015)

[5] A Dutch climate change lobby joined in this court case by 900 citizens.

[7] One reason is a recalculation of the 1990 emissions as the basis for this policy target. I asked the European Environment Agency how to appreciate this change of data in the light of previous national  notifications according to EU common climate change policy. Their reaction will be added to this note upon reception.