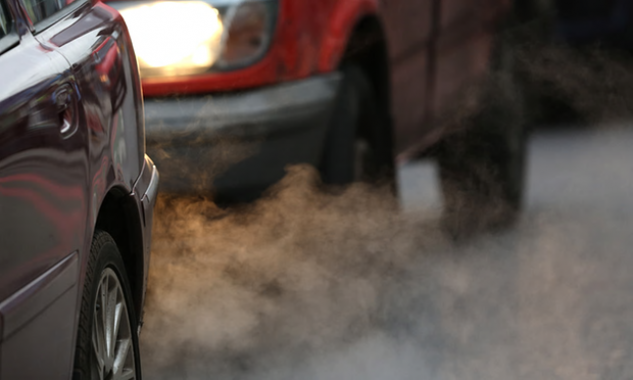 A new study by Green Budget Germany, GBE’s parent organisation in Berlin, finds that diesel has no advantage over petrol in terms climate protection – despite the favourable tax treatment diesel cars enjoy.

In February 2016, GBE also published a policy briefing highlighting the need to end the preferential tax treatment for diesel fuel and diesel vehicles in the EU.

A summary of the study (in English) is available below.

The proportion of diesel technology in the German passenger car market has been rising for years. Proponents continue to argue that diesel cars contribute to climate protection in road transport, claiming they emit less CO2 due to more efficient engines. The present study shows that the supposed climate advantage no longer exists in reducing the average CO2 emissions for the entire car fleet.

1. The average CO2 emissions of all diesel and gasoline cars are almost equal in the EU; in Germany petrol cars are on average already more climate-friendly. This is due to the fact that the power and vehicle weight of new diesel vehicles has risen above average, eroding the advantage of more efficient engines. Anyway, significant emission reduction potential are largely already captured for diesel, whereas the efficiency of petrol-driven cars can be substantially increased. The average performance of diesel cars is partly due to a beneficial tax structure, but one which has an internal condication when it comes to sustainable mobility, and generates additional emissions. The increased demand for diesel degrades the CO2 balance through inefficiencies in fuel production and transport further. A departure from this unsustainable path remains far away due to the dependence of German automobile manufacturers on conventional and especially diesel-powered passenger cars.

2. The value of diesel technology is also negative from a consideration of external costs. Already, alternatives exist, such as natural gas and electric vehicles, which are superior to diesel technology in terms of climate protection. Moreover, the balance deteriorates additionally, when more pollutant emissions are taken into account in the analysis. The consideration of external costs shows that the fuel-related losses of diesel usage for air quality, humans and the environment, in particular due to the nitrogen oxide emissions, are worse compared to other fuels and drive systems. Climate and environmental, as well as health policy, should not be considered independently.

3. Without changes, the use of diesel technology will continue to be promoted specifically through tax, regulatory and legal frameworks. The political conditions that influence and guide the choice of fuels and drive systems currently favour diesel. External costs are not considered, or not sufficiently considered. In particular, the reduced energy tax as well as the inadequate control procedures for compliance with the Euro standard give diesel an advantage which is not justified by its environmental performance.

Moreover, it is clear in the analysis that many instruments are not designed for the use of alternative technologies and partly incoherent give incentives.